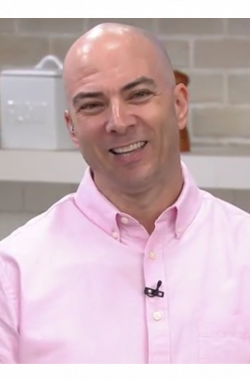 My style of Culinary Technical Advising is a hands on approach in the act of making suggestions on set or location, helping with organization and training of cast to perform culinary duties accurately,  helping with scene blocking and actors movements to ensure realistic results, working with props, set dressers and wardrobe to ensure a period specific culinary set appearance and continuity, etc. all to improve the quality of performances and eliminate unrealistic final productions .

Dynamic, knowledgeable and skilled culinary professional with over 35 years in the grocery, produce, fresh meat, restaurant business and is an experienced chef, butcher, bartender and restaurant consultant.